I love this time of year! It's officially October 1st, which means it's time to start sharing all those yummy fall recipes! Pumpkin and apple I'm looking at you! I made these Skinny Apple Cinnamon Oatmeal Cups so I could have a different breakfast option instead of the same old Quaker oatmeal packets. The packets are so good - but loaded with extra sugars.

My version of the Apple Cinnamon Oatmeal cups is skinny, meaning I made them with no added sugars. But to be honest, they lacked in flavor when I didn't add any sugar. It just tasted very bland. There were no levels of sweetness of the apples and cinnamon that that packet oatmeal has. So for the recipe below, I will be sure to add a little bit of sugar so when you make it, it will be sweeter.

If you make these Skinny Apple Cinnamon Oatmeal Cups, please let me know! Leave a comment or tag me on Instagram @thathangrygurl. 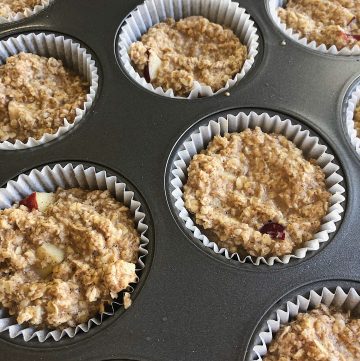